Saturday, April the 19th was a BIG day in the city of Memphis! We had a great panel discussion at the Cecil C. Humphreys school of law, which included some prominent and KNOWLEDGEABLE experts in the field of law.

Judge Joe Brown (candidate for District Attorney) himself also was present and gave some VERY candid and VERY honest advice. One of the most memorable quotes from the Judge was in response to an attendee who asked, "What do you do when you feel the system is unjust?"
Judge Joe's response was summed up in one word: "VOTE."
He then proceeded to say that instead of watching "Atlanta Housewives" and these other reality shows the young people should be paying attention to the things that matter, the things that AFFECT US DIRECTLY.
He reminded us that we are the ones who vote for the officials who hire the police force and other members of the justice system. So we should pay attention to who we put into office, and if they aren't doing their job, let them know by voting someone else into office!

Everyone who was present was able to get their questions around their legal rights as citizens answered. The topics were around everything from illegal searches and seizures to gun laws to recording the police to freedom of speech (and what exactly that means) and so on. The discussion was so engaging that all of the planned topics were not covered!! (Look out for PART II!) Food was served, AWESOME vendors were present, and a $50 gas card was given away to one VERY excited WINNER!

There were even surprise appearances by law student Corbin Carpenter and Judge Sugarmon (currently campaigning for Juvenile Court Judge).


(Monique McClain, event organizer and founder of Masterminds, is not listed in the below presentation. More information on her can be found
> here < or at www.moniquemcclain.com) 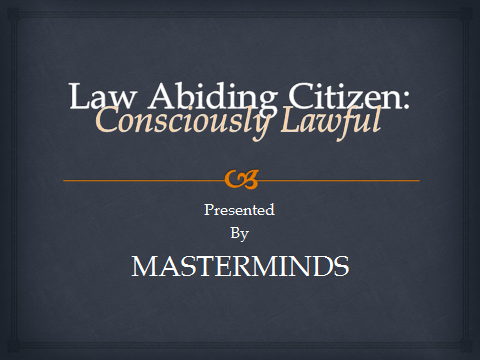 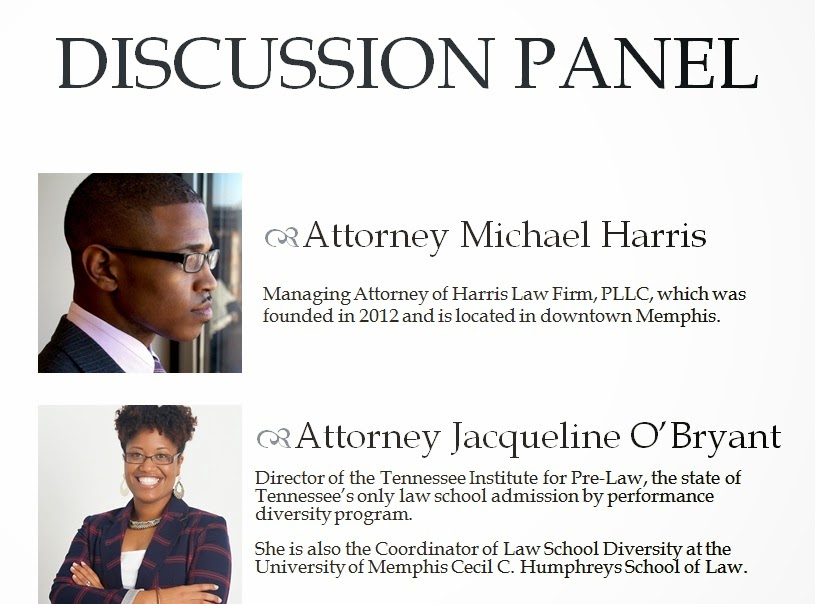 Attorney O'Bryant took to Facebook to describe her experience of the event:
"It was a pleasure to be a part of this panel discussion geared toward informing the citizens of their 1st, 2nd, 4th, 5th, and 6th amendment rights. I was reminded of how invaluable a legal education is to the community.
Great job Masterminds, LLC. Knowledge is power." 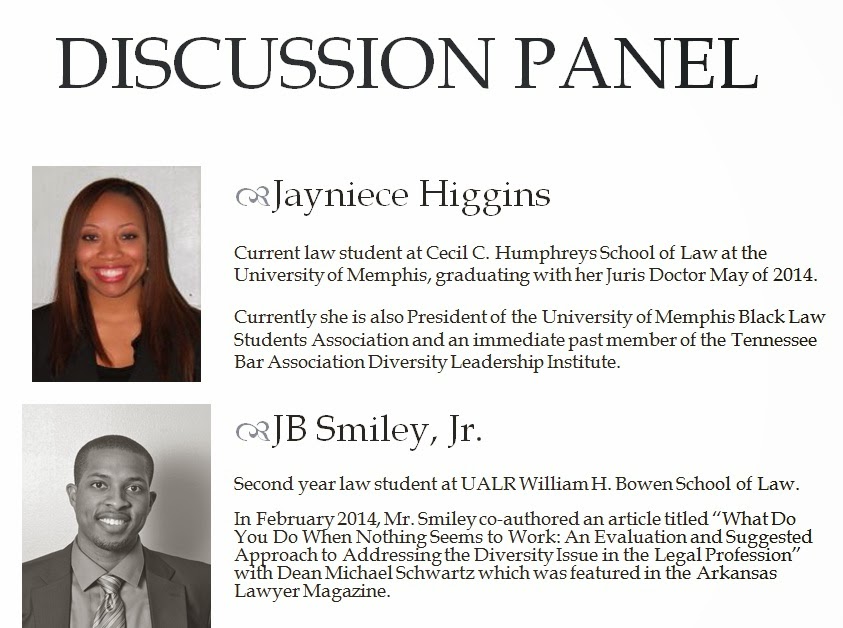 [You can read more about Jayniece Higgins and JB Smiley, Jr. in previous blog posts on mastermindsinc.blogspot.com] 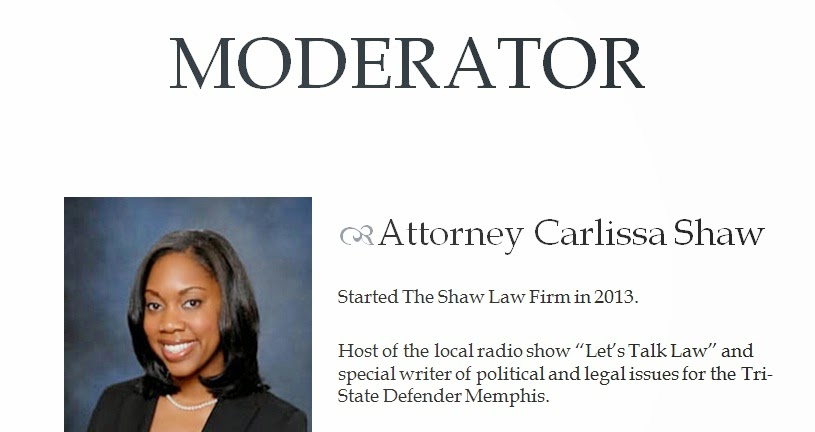 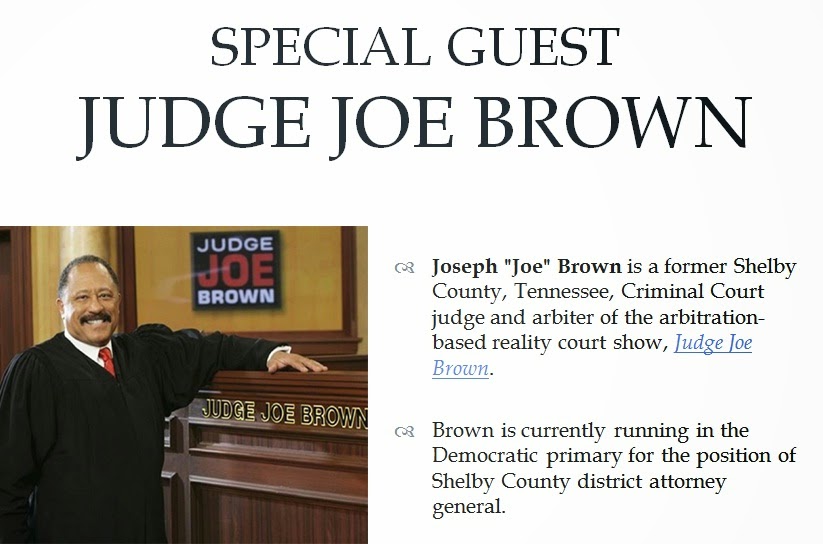 ™The University of Memphis AND Cecil C. Humphreys Law School

Thanks for reading!
-Mo
[www.moniquemcclain.com]
Posted by Unknown at 3:02 PM